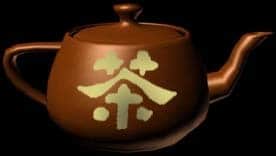 China, the Homeland of Tea

The history of Chinese tea dates back millenniums. Of the three major beverages of the world– tea, coffee and cocoa– tea is consumed by the largest number of people, and for the longest time.

China is the homeland of tea. It is believed that China has tea-shrubs as early as five to six thousand years ago, and human cultivation of teaplants dates back two thousand years. Tea from China, along with her silk and porcelain, began to be known the world over more than a thousand years ago and has since always been an important Chinese export. At present more than forty countries in the world grow tea with Asian countries producing 90% of the world’s total output.

All tea trees in other countries have their origin directly or indirectly in China. Tea drinking is a key part of eating Chinese food recipes. The word for tea leaves or tea as a drink in many countries are derivatives from the Chinese character “cha.” The Russians call it “cha’i“, which sounds like “chaye” (tea leaves) as it is pronounced in northern China, and the English word “tea” sounds similar to the pronunciation of its counterpart in Xiamen (Amoy). The Japanese character for tea is written exactly the same as it is in Chinese, though pronounced with a slight difference. The habit of tea drinking spread to Japan in the 6th century, but it was not introduced to Europe and America till the 17th and 18th centuries. Now the number of tea drinkers in the world is legion and is still on the increase.

Chinese tea may be classified into five categories according to the different methods by which it is processed.

1) Green tea: Green tea is the variety which keeps the original colour of the tea leaves without fermentation during processing. This category consists mainly of Longjing tea of Zhejiang Province, Maofeng of Huangshan Mountain in Anhui Province and Biluochun produced in Jiangsu.

2) Black tea: Black tea, known as “red tea” (hong cha) in China, is the category which is fermented before baking; it is a later variety developed on the basis of the green tea. The best brands of black tea are Qihong of Anhui , Dianhong of Yunnan, Suhong of Jiangsu, Chuanhong of Sichuan and Huhong of Hunan.

3) Wulong tea: This represents a variety half way between the green and the black teas, being made after partial fermentation. It is a specialty from the provinces on China’s southeast coast: Fujian, Guangdong and Taiwan.

4) Compressed tea: This is the kind of tea which is compressed and hardened into a certain shape. It is good for transport and storage and is mainly supplied to the ethnic minorities living in the border areas of the country. As compressed tea is black in colour in its commercial form, so it is also known in China as “black tea”. Most of the compressed tea is in the form of bricks; it is, therefore, generally called “brick tea”, though it is sometimes also in the form of cakes and bowls. It is mainly produced in Hubei, Hunan, Sichuan and Yunnan provinces.

5) Scented tea: This kind of tea is made by mixing fragrant flowers in the tea leaves in the course of processing. The flowers commonly used for this purpose are jasmine and magnolia among others. Jasmine tea is a well-known favourite with the northerners of China and with a growing number of foreigners.

A new tea-plant must grow for five years before its leaves can be picked and, at 30 years of age, it will be too old to be productive. The trunk of the old plant must then be cut off to force new stems to grow out of the roots in the coming year. By repeated rehabilitation in this way, a plant may serve for about l00 years .

For the fertilization of tea gardens, soya-bean cakes or other varieties of organic manure are generally used, and seldom chemical fertilizers. When pests are discovered, the affected plants will be removed to prevent their spread, and also to avoid the use of pesticides.

The season of tea-picking depends on local climate and varies from area to area. On the shores of West Lake in Hangzhou, where the famous green teaLongjing (Dragon Well) comes from, picking starts from the end of March and lasts through October, altogether 20-30 times from the same plants at intervals of seven to ten days. With a longer interval, the quality of the tea will deteriorate.

A skilled woman picker can only gather 600 grams (a little over a pound) of green tea leaves in a day.

The new leaves must be parched in tea cauldrons. This work , which used to be done manually, has been largely mechanized. Top-grade Dragon Well tea, however, still has to be stir-parched by hand, doing only 250 grams every half hour. The tea-cauldrons are heated electrically to a temperature of about 25oC or 74oF. It takes four pounds of fresh leaves to produce one pound of parched tea.

The best Dragon Well tea is gathered several days before Qingming (Pure Brightness, 5th solar term) when new twigs have just begun to grow and carry “one leaf and a bud.” To make one kilogram (2.2 lbs) of finished tea, 60, 000 tender leaves have to be plucked. In the old days Dragon Well tea of this grade was meant solely for the imperial household; it was, therefore, known as “tribute tea”.

For the processes of grinding, parching, rolling, shaping and drying other grades of tea various machines have been developed and built, turning out about 100 kilograms of finished tea an hour and relieving the workers from much of their drudgery.

Tea is produced in vast areas of China from Hainan lsland down in the extreme south to Shandong Province in the north, from Tibet in the southwest to Taiwan across the Straits, totalling more than 20 provinces. These may be divided into four major areas:

1) The Jiangnan area: It lies south of the middle and lower reaches of the Changjiang (Yangtze) River, and is the most prolific of China’s tea-growing areas. Most of its output is the green variety; some black tea is also produced.

2) The Jiangbei area: This refers to a large area north of the same river, where the average temperature is 2-3 Centigrade degrees lower than in the Jiangnan area. Green tea is the principal variety turned out there, but Shaanxi and Gansu provinces, which are also parts of this area. produce compressed tea for supply to the minority areas in the Northwest.

4) The Lingnan area: This area , consisting of the southern provinces of Guangdong, Guangxi, Fujian and taiwan, produces Wulong tea, which is renowned both at home and abroad.

Tea has been one of the daily necessities in China since time immemorial. Countless numbers of people like to have their aftermeal cup of tea.

In summer or warm climate, tea seems to dispel the heat and bring on instant cool together with a feeling of relaxation. For this reason, tea-houses abound in towns and market villages in South China and provide elderly retirees with the locales to meet and chat over a cup of tea.

Medically, the tea leaf contains a number of chemicals, of which 20-30% is tannic acid, known for its anti-inflammatory and germicidal properties. It also contains an alkaloid (5%, mainly caffeine), a stimulant for the nerve centre and the process of metabolism. Tea with the aromatics in it may help resolve meat and fat and thus promote digestion. It is, therefore, of special importance to people who live mainly on meat, like many of the ethnic minorities in China. A popular proverb among them says, “Rather go without salt for three days than without tea for a single day.”

Tea is also rich in various vitamins and, for smokers, it helps to discharge nicotine out of the system. After wining, strong tea may prove to be a sobering pick-me-up. How to prepare Chinese tea.

The above, however, does not go to say that the stronger the tea, the more advantages it will yield. Too much tannic acid will affect the secretion of the gastric juice, irritate the membrane of the stomach and cause indigestion or constipation. Strong tea taken just before bedtime will give rise to occasional insomnia. Constant drinking of over-strong tea may induce heart and blood-pressure disorders in some people, reduce the milk of a breast-feeding mother, and put a brown colour on the teeth of young people. But it is not difficult to ward off these undesirable effects: just don’t make your tea too strong.

It is a custom in Chinese cuisine to treat guests with tea. However, people in east Guangdong and south Fujian have a special way of preparing tea, called gongfu tea.

The tea sets from making gongfu tea are very small. The pottery teapot is as big as a fist and the white and transparent teacups are as small as tiny liqueur glasses. In addition they use a small charcoal stove, a small water kettle and a porcelain base for holding tea sets. Spring or well water is the best for making gongfu tea. Water is boiled with olive stones, which give out high flames and the delicate fragrance of olives. Before making tea, first the teapot is cleaned with boiled water to get rid of the remaining tea flavor in the pot and make better tea with a warm teapot. Then a big handful of tealeaves is put into the teapot till they almost reach its rim.

After the water is boiled, one must lift the kettle high to pour hot water into the teapot. The water is continually poured even when it overflows, so as to get rid of impure materials and foam, and to make mellow tea. After the lid is put on the teapot, boiling water is poured onto the teapot. In this way, the tea will swell in no time. A few minutes later, the tea can be poured into the cups, which are arranged in a circle. The way to pour tea is special. It is poured with a circular motion into each cup. In this way, the color and consistency of the tea in all the cups are the same. To avoid creating foam and scattering the fragrance of tea, the teapot should be held close to the teacups. When the tea is ready, the teacups are presented to guests and elders with both hands.

It is mentally refreshing to see the yellow and limpid tea and smell its delicate fragrance. The first sip seems slightly bitter, but a while later, the sweetness of the tea can be savored.

Wulong (black dragon) tea is the best variety for making gongfu tea. Half fermented, Wulong tea is as mellow as black tea and as refreshing and sweet as green tea, complete with lingering
aftertaste. According to research, Wulong tea helps prevent and cure illnesses, prolong life and prevent arteriosclerosis and cancer.

Guangdong’s Wulong tea comes from Anxi in Fujian Province. Legend has it that the first cultivator of the tea as named Wu Liang. One day, Wu Liang went home after he had picked several pounds of mountain tea and caught a river deer. In the evening, he was busy with killing the river deer, and didn’t have enough time to dry the green tea. The next day, he found the tea in the basket had fermented on the way back and after having been stored in the basket the whole night. He fried the tea at once. To his surprise, he found that the tea tasted very mellow, with no bitter and astringent taste. Soon Wu Liang taught his fellow villagers how to make the tea. Almost everyone in his village liked the fermented tea and they named it Wu Liang tea. In the south Fujian dialect, liang and long are two homophonic words. As time went by the tea was called Wulong tea by later generations.