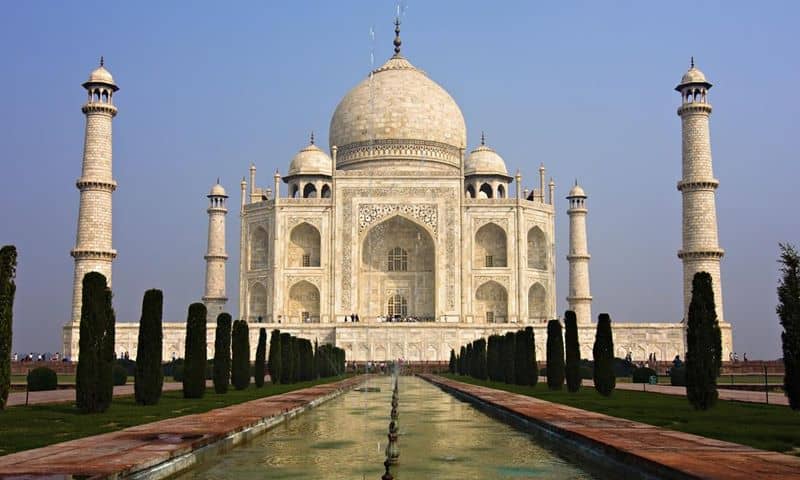 Indian timeline takes us on a journey of the history of the subcontinent. Right from the ancient India, which included Bangladesh and Pakistan, to the free and divided India, this time line covers each and every aspect related to the past as well as present of the country. Read on further to explore the timeline of India:

Rock Shelters of Bhimbetka (9000 BC to 7000 BC)
The earliest records of the Indian history exist in the form of the Rock Shelters of Bhimbetka. These shelters are situated on the southern edge of the central Indian plateau, in the foothills of the Vindhyan Mountains. There are five groups of rock shelters, each of them adorned with paintings that are believed to date from the Mesolithic Period right through to the historical period.

Mehrgarh Culture (7000 BC to 3300 BC)
Mehrgarh is one of the most significant sites belonging to the Neolithic Age. At the same time, it is one of the oldest sites that indicate the introduction of the concept of farming and herding. Situated on the Kachi plain of Baluchistan (Pakistan), it lies to the west of the Indus River valley. The site of Mehrgarh, spread over an area of 495-acre, was discovered in the year 1974.

Mature Harappan Phase (2600 BC to 1700 BC)
The Mature Harappan Phase started around 2600 BC. Large cities and urban areas started emerging and the civilization expanded to over 2,500 cities and settlements. Urban planning, excellent sewage and drainage system, system of uniform weights and measures, knowledge of proto-dentistry, etc are some of the other elements that characterize the mature phase.

Vedic Period/Age (1700 BC to 500 BC)
The Vedic Period or the Vedic Age refers to the time of the compilation of the sacred Vedic Sanskrit texts in India. Situated on the Indo-Gangetic Plain, the Vedic Civilization formed the basis of Hinduism and the sIndian culture. The Vedic Period can be divided into the following two phases:

Early Vedic/Rig Vedic Period (1700 BC to 1000 BC)
Early Vedic Period represents the time period when the Rig Veda was compiled. During this period, the king was believed to be the protector of the people, who took an active part in the government. The caste system started becoming rigid and the families started becoming patriarchal. The major events of this time are:

Later Vedic Age (1000 BC to 500 BC)
The emergence of the later Vedic period was marked with agriculture becoming the dominant economic activity and a decline in the significance of cattle rearing. The political organization changed completely, with the reduction in the involvement of people in the administration. The major events are:

600 BC – The formation of Sixteen Maha Janapadas (Great Kingdoms)
599 BC – The birth of Mahavira, founder of Jainism
563 BC – The birth of Siddhartha Gautama (Buddha), founder of Buddhism
538 BC – Cyrus the Great conquered parts of Pakistan
500 BC – Earliest written records in Brahmi
500 BC – Panini standardized grammar and morphology of Sanskrit, converting it
into Classical Sanskrit. With this, the Vedic Civilization came to an end.

Rise of Jainism and Buddhism
Jainism or Jain Dharma is the religious philosophy that originated in the Ancient India. The religion is based on the teachings of the Tirthankaras. The 24th Tirthankara, Lord Mahavira, is credited with propagating the religion in the various parts of the world. Buddhism is based on the teachings of Lord Buddha, who was born as Prince Siddhartha Gautama. After attaining Enlightenment, Lord Buddha set on a task of teaching others how to achieve nirvana. His teachings were later propagated throughout the world by Emperor Asoka. The other major events of the Ancient Indian period are:

Medieval Period (550 AD to 1526 AD)
The medieval period can be divided into the following two phases:

Free and Modern India (1947 onwards)
In 1947, India became independent and from that year onwards, started India’s struggle to become one of the leading nations of the world. Today, the country is regarded as one of the fastest growing economies of the world.