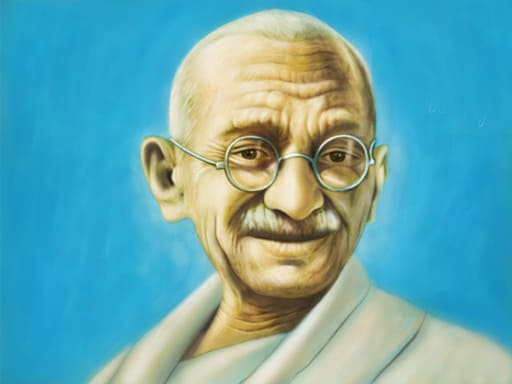 Today as we freely move around in our country without anyone questioning or imposing any kinds of restrictions on us we feel satisfied and contended. But this satisfaction is due to the efforts taken by our freedom fighters to free our country from the British rule. Its because of our freedom fighters that today we are enjoying are freedom. Their satyagrahas, sacrifices, and tortures have resulted in the freedom that we enjoy today in our motherland India.

Jawaharlal Nehru is one of the most important people in the list of Indian freedom fighters. After independence, Jawaharlal Nehru became the first prime minister of free India. He was also the author of the famous book “panchsheela” Nehru was extremely fond of children. They simply loved and adored him. With his death, India lost a peerless leader of outstanding merits, rare gifts and great qualities of head and heart.

Mahatma Gandhi – the leader of all Indian leaders was born at porbander in Gujarat on 2nd October. He gave the people the weapon of non-violent struggle to fight injustice. He won freedom for India on 15th august 1947. He died on 30th January 1948. He is rightly known as the father of the nation. His full name was Mohandas Karamchand Gandhi. His father was a dewan of a princely state and his mother, a god fearing pious lady. Gandhiji is respected all over the world today. He shall never be forgotten.

Another famous Indian freedom fighter is Bal Gangadhar Tilak (Lokmanya Tilak) who was born in ratnagiri, a port in Maharashtra. His father was a teacher and a scholar. He was a brave boy and always fought for freedom, swarajya and self-rule. He also started two newspapers “Maratha” and “Kesari” due to which he was sent into prison. He wanted to spread the message of swarajya through his newspaper. He said, “swaraj is my birth right and I shall have it”. He died on 1st august. People loved him and accepted him as their leaders and so he was called Lokmanya Tilak.

Who could forget Acharya Vinoba Bhave when reminded of freedom fighters? He was born on 11th September 1895 in raigad district. His mothers name was rukmini and his fathers name was narhari bhave. He knew 22 languages. He died on 15th November at the age of 87 that was a great loss to the nation.