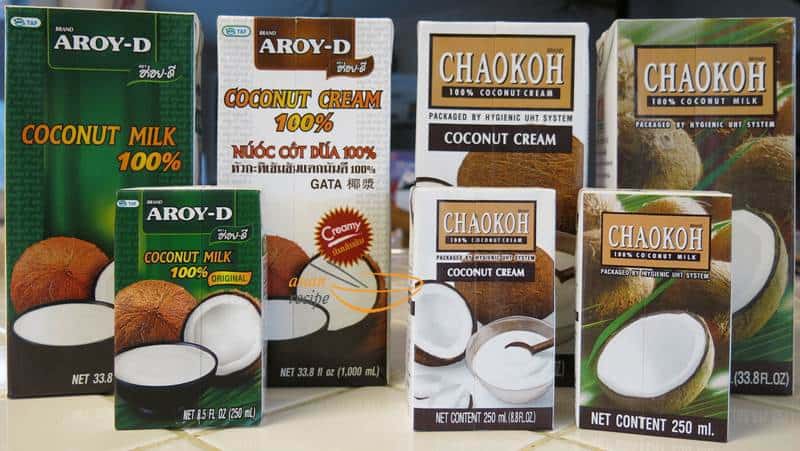 Thai Coconut Milk is made by pressing  fresh, ripe coconut meat. It is used for curries, satay sauces, baked or frozen desserts, and drinks.

Coconut milk is creamy, and full of coconut flavor. It is very different from coconut water, which is the liquid in a young coconut.

Coconut water is the clear, natural juice you’ll find if you crack open a coconut, coconut milk and cream are made by boiling the coconut meat with water. The difference between milk and cream is in the concentration and consistency.

Coconut cream: Coconut cream is much thicker and richer. It is made from simmering four parts shredded coconut in one part water. The cream that rises to the top of a can of coconut milk is also considered coconut cream.