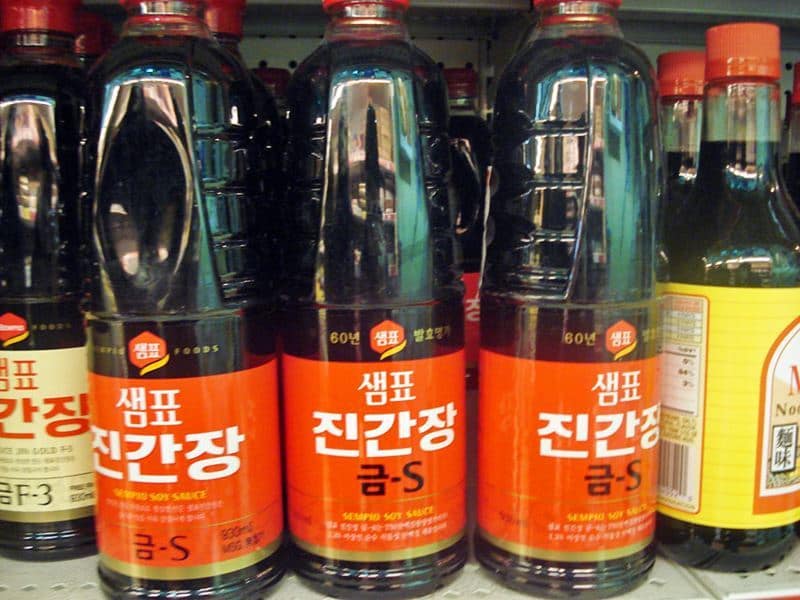 Soy sauce (also called soya sauce in British English) is a condiment made from a fermented paste of soybeans, roasted grain, brine, and Aspergillus oryzae or Aspergillus sojae molds. Soy sauce in its current form was created about 2,200 years ago during the Western Han dynasty of ancient China and spread throughout East and Southeast Asia where it is used in cooking and as a condiment.

Soy sauce is made by fermenting soybeans, wheat, water, and salt. The liquid is extracted and you get soy sauce! Japanese soy sauce tastes somewhat different to the Chinese or Korean soy sauces. It is one of the 4 most essential Japanese ingredients, the others are;

It is used in almost all Japanese savory dishes. Widely used throughout the world, it has become part of many western cuisines. we recommend that you use Kikkoman soy sauce for Japanese recipes because not only is it a very good brand, it is also easy to find – even in non-Asian supermarkets.

You should purchase a large container and then refill a small soy sauce container to use when cooking. Keep the large container in the refrigerator after opening, and place the small container near my mirin and cooking sake.

Buddhist monks from China introduced soy sauce into Japan in the 7th century, where it is known as sh?yu (?? sh?yu).

The Japanese Kikkoman soy sauce is a reasonable substitutes for cooking Korean recipes. However, because Korean soy sauce does taste a little different, try and find the real thing… Sempio soy sauce is a good brand to look for.