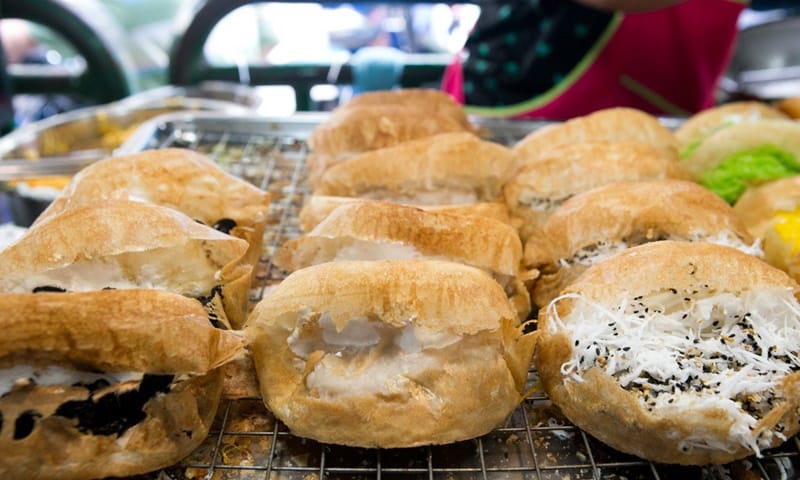 Khanom Tang Taek recipe – translated as “Broken Barrel” candy began life as a dessert for poor people. Also known as Poor Man’s Pancake, it is cheap to make, the main ingredients being rice flour and sugar. These days, its a lot more than just flour and sugar and street and market vendors normally offer a variety of fillings, including custard cream, coconut meat, sliced corn and sundry other options. 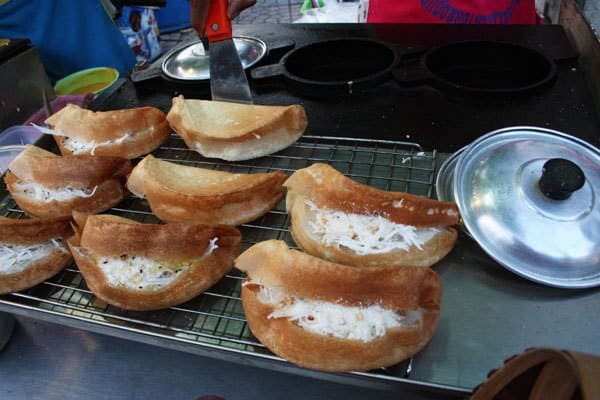 Sometimes found in markets, its also a roadside snack in many towns. To a Western palate, its more like a waffle than a pancake. The batter of the pancake has a mixture of flour and eggs and is cooked in a deep pan. The pancake is most often topped with shredded coconut, sugar and sesame seeds. 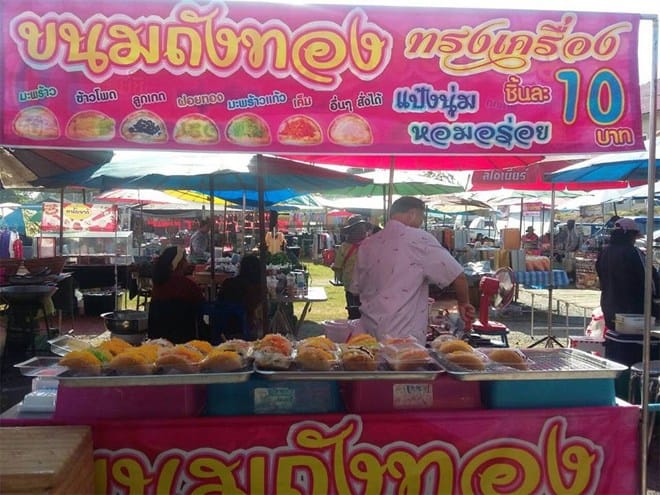