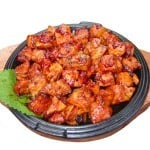 For centuries,the Koreans have eaten the the products of the sea, the fields and the mountains. Korean foods are very special, exotic and particular. The most distinguishing feature of the Korean food is the spiciness. The basic seasonings; red pepper, green onion, soy sauce, bean paste, garlic, ginger, sesame, mustard, vinegar, wine have been combined in various ways to enhance Korean foods.

Korean food has various side dishes. Favorite side dishes include bean paste soup, broiled beef, fish, cabbage “kimchi”, and steamed vegetables. “The full course Korean meal “is called “Hanjoungshik.” It is composed of grilled fish, steamed short ribs and other meat and vegetable dishes with steamed rice, soup and “kimchi”.

“Kimchi” is the best known Korean food. It is a vegetable dish, highly seasoned with pepper, garlic etc. It is served with every kind of Korean meals and it stimulates the appetite like pickles. Large quantities of kimchi are usually made in late fall or early winter for the winter. The making at this time is called “kimchang”. Kimchi contains amounts of good nutrition such as vitamin C and fiber.

Koreans also like meat dishes. “Pulgoki” is one of the more famous dishes already known to Westerners. Pulgoki is generally called “Korean barbecue”. Meats are marinated in a sauce made with soy sauce, garlic, sugar, sesame oil and other seasonings and cooked over a small barbecue at the table. For some other special foods, “Kalbi”, the short ribs of beef or pork is also good. The recipe is similar to “pulgoki”.

Soups – “guk” and “cchigue” – in Korean vary in taste and potency. The Korean soup culture developed because of famine and cold weather. When our ancestors were short of food, they made soup with small amounts of vegetables and beef bones. Also, the hot soup could play a role in protecting the cold . “Maeuntang” is spicy, hot seafood soup that includes white fish, vegetables, soy bean curd and red pepper powder. “Twoenjang-guk” is a fermented soy bean paste soup with baby clams in its own broth. There are other kinds of soups such as “miyok-guk”,”kimchi-cchigue”.

Korean table settings are classified into the 3-“chop”,the 5-“chop”, the 7-“chop”,9-“chop”,12-“chop” setting according to the number of side dishes served except rice,soup, and”kimchi”. The average family takes three or four side dishes. When a family holds celebrations or a party ,a dozen or more delightful dishes are served. Korean food is shared by diners in one table,except rice and soup. All the dishes but hot soups are set at one time on a low table at which diners sit to eat. Chopstick and spoons are used for eating. Different from Japanese and Chinese,Korean use more thin chopstick made from metal, not wood. Generally, the Korean diet includes a lot of grains and vegetables which add fiber and protein from both vegetables (bean curd, beansprouts,bean paste, ,soy sauce) and meats. Korean food generally has moderate calories, low fat, and a sweet taste- very healthy and well-balanced. The Korean diet is changing and the Korean food industry is developing as fast as the speed of train. Even though the Western style and fast food diet are more and more popular in Korea in terms of curiosity and convenience, the basic diet remains.