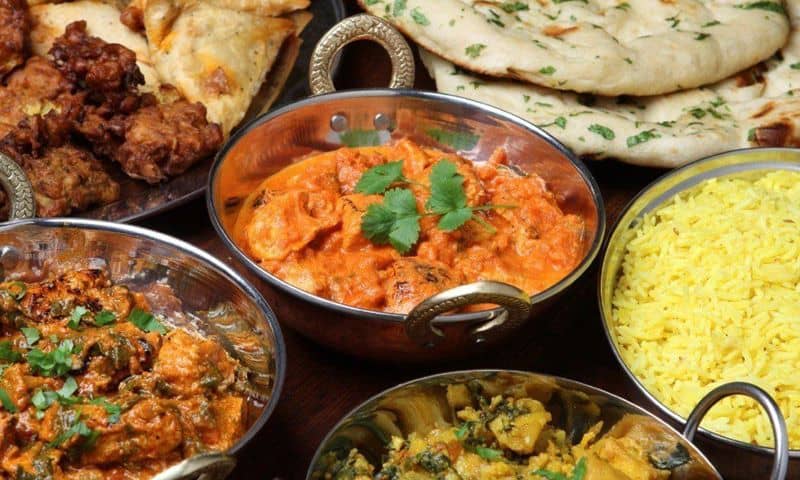 The food available in India is as diverse as its culture, its racial structure, its geography and its climate. The essence of good Indian cooking revolves around the appropriate use of aromatic spices. The skill lies in the subtle blending of a variety of spices to enhance rather than overwhelm the basic flavor of a particular dish. These spices are also used as appetisers and digestives.

Besides spices, the other main ingredients of Indian cooking and Indian meals are milk products like ghee (used as a cooking medium) and curd or dahi Lentils or dals are also common across the country and regional preferences and availability determine the actual use in a particular area. Vegetables naturally differ across regions and with seasons. The style of cooking vegetables is dependent upon the main dish or cereal with which they are served. Whereas the Sarson ka saag (made with mustard leaves) is a perfect complement for the Makke ki Roti (maize bread) eaten in Punjab, the sambhar (lentil) and rice of Tamil Nadu taste best eaten with deep-fried vegetables.

Although a number of religions exist in India, the two cultures that have influenced Indian cooking and food habits are the Hindu and the Muslim traditions. Each new wave of settlers brought with them their own culinary practices. However, over time they adopted a lot of specialties and cooking methods from the Indian cuisine and blended the two to perfection. The Portuguese, the Persians and the British made important contributions to the Indian culinary scene. It was the British who started the commercial cultivation of tea in India.

The Hindu vegetarian tradition is widespread in India, although many Hindus eat meat now.

The Muslim tradition is most evident in the cooking of meats. Mughlai food, kababs, rich Kormas (curries) and nargisi koftas (meat-balls), the biryani (a layered rice and meat preparation), rogan josh, and preparations from the clay oven or tandoor like tandoori rotis and tandoori chicken are all important contributions made by the Muslim settlers in India. 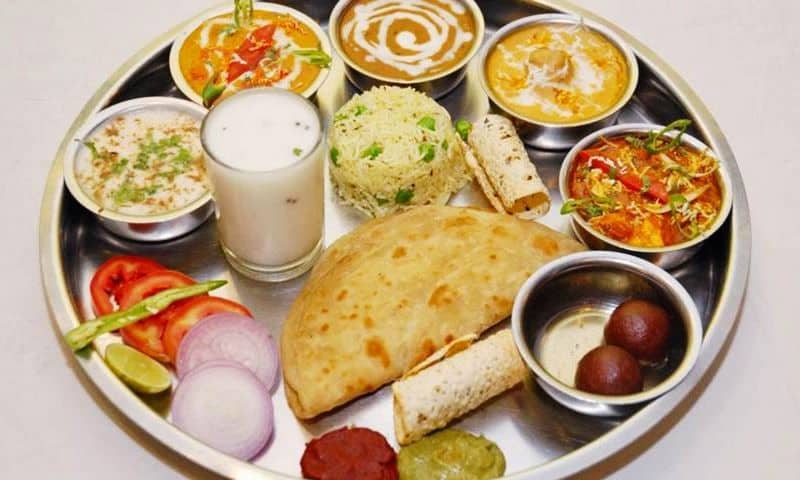 A typical North-Indian meal would consist of chapatis or rotis (unleavened bread baked on a griddle) or parathas (unleavened bread fried on a griddle), rice and an assortment of accessories like dals, fried vegetables, curries, curd, chutney, and pickles. For dessert one could choose from the wide array of sweetmeats from Bengal like rasagulla, sandesh, rasamalai and gulab-jamuns. North Indian desserts are very similar in taste as they are derived from a milk pudding or rice base and are usually soaked in syrup. Kheer a form of rice pudding, shahi tukra or bread pudding and kulfi, a nutty ice-cream are other common northern desserts. 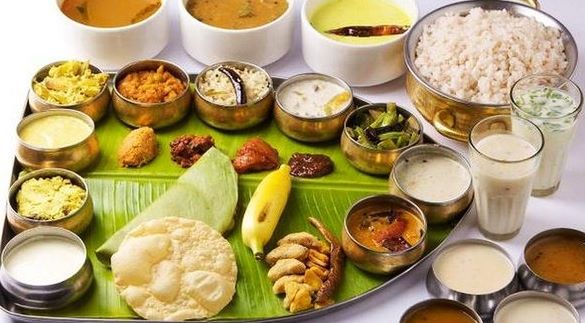 South Indian food is largely non-greasy, roasted and steamed. Rice is the staple diet and forms the basis of every meal. It is usually served with sambhar, rasam (a thin soup), dry and curried vegetables and a curd preparation called pachadi. Coconut is an important ingredient in all South Indian food. The South Indian dosa (rice pancakes), idli (steamed rice cakes) and vada, which is made of fermented rice and dal, are now popular throughout the country. The popular dishes from Kerala are appams (a rice pancake) and thick stews. Desserts from the south include the Mysore pak and the creamy payasum.

A meal is rounded off with the after-dinner paan or betel leaf which holds an assortment of digestive spices like aniseed, cloves, arecanut, and cardamom.