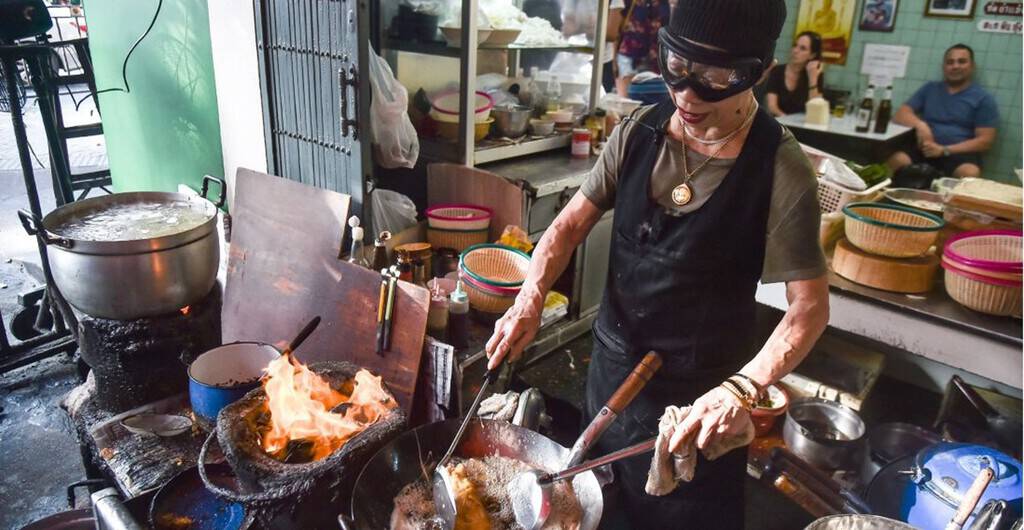 In the cities these days Thai cooking, kitchens and utensils tend to reflect various levels of the impact of Western technology. Among the less affluent, especially in the many rural villages? The traditional Thai kitchen still operates as it has for hundreds of years. Here, we will talk about the Thai cooking, kitchens and cooking utensils as they still exist for millions of Thai people.

The kitchen in Thailand is a very simple affair. It is generally built away from the main house. It is a plain room, with a cement or dirt floor, with unglazed windows which might boast the luxury of screens to keep out the mosquitoes. Many do not even have a door, let alone window screens. In the central region, Thai homes are set on teak poles. This due to annual flooding during the late rainy season from September till end October, and for cooling.

The central feature of the Thai kitchen is the stove. This generally built-in, and constructed of cement or brick. It has a large aperture below to insert and remove the charcoal pot. The pot is a funnel shaped vessel of kiln-baked earthenware or a cement-lined metal pail that holds the burning charcoal. When the charcoal pot is in place, it fits directly below a circular opening in the top of the stove. This hole has flanges which hold a ‘wok’ (the traditional round-bottomed Asian frying pan) firmly in place above the charcoal fire. Extra charcoal is kept in a box or a sack beside the stove. In poorer households, they will simply use the charcoal pot, made with flanges on the top, as the stove.

Because there are no oven arrangements, there is no baking in the home. In the entire range of Thai food recipes and cuisine there are almost no baked dishes to be found.

The next most important thing in the kitchen will be a freestanding storage cupboard. This  resembles an old-fashioned Western meat safe, made from either wood or aluminum. The back, sides and doors are all covered with wire-mesh screens to keep the flies out and allow air circulation. The legs stand in saucers of water to discourage ants and other insects. This cupboard usually houses nothing more than some stored garlic bulbs, the ubiquitous fish sauce “nam pla” (Thai sauce recipes), some dried fish, dried chilies and perhaps some precooked cold rice.

Due to the hot climate and the fact that a Thai kitchen in the countryside seldom has a refrigerator; shopping is done daily at the local market, and leftovers are uncommon.

If the kitchen is blessed with running water, there will be a sink. In any case, there will be large, clay water-storage jars nearby. These are filled with city or well water, and in which rain water is collected. There will be a few wooden shelves on the wall for extra storage. Nails in the wall provide hangers for various cooking utensils and implements.

Electricity is spreading through even smallest countryside villages. The first status symbol to arrive in the kitchens has been the electric rice-cooker. This relieves the housewife of the daily chore of preparing the rice. No small thing in a country where each person consumes approximately one pound of rice per day.

Outlined below are the tools and utensils which have been used in Thai cooking kitchens for years. These items were originally brought by Thai ancestors who migrated from China to the northern part of Thailand. If you walked into a traditional Thai kitchen, here is what you would be likely to find:

Three other widely used cooking aids deserving of mention are: