Leche Flan is the Philippines own version of the Spanish Flan. Although it may seem the same as Spanish Flan Recipe, I believed it has a richer and fuller taste since it uses egg yolks. It is considered to be one of the best dessert by Filipinos. In the Philippines, parties, fiestas and other special occasions would not be complete without this dessert.

At times, it can also be served with other treats such as halo halo, wherein it is used as a topping on top of the shaved ice. Not only it is the well-known dessert in the Philippines, it is also known in other countries as well. It is one of the most widely served dessert not just because of its heavenly taste, but also since the recipe is easy to prepare with a total time of just an hour and a half and with a long shelf life too.

So far, my mom makes the best Leche Flan Recipe I have ever tasted. It taste to rich and creamy. The sweetness is just the right amount. She always makes Leche Flan not just during parties but anytime as she likes. I’m glad I was growing up watching my mom do her magic in the kitchen, it makes me learn her secret recipe. Leche Flan how to make it pretty simple. The recipe in making Leche Flan is easy to follow which I will teach you.

This dessert is made up eggs and milk, basically a mixture of egg yolks, condensed milk and evaporated milk. It is topped with a caramel. There are other recipes of Leche Flan depending on the preference of the one making it. Aside from the three basic ingredients in the recipe, you can also add vanilla extract and key lime zest for that added flavor.

What kind of pan to use in making Leche Flan? There’s what we call Llanera. It is an oblong shape tin container used to mold Leche Flan. Traditionally, Leche Flan are oblong shaped, but if the availability is not possible in your area you can use a round shaped mold or any baking pan.

If you follow the Leche Flan Recipe that we will teach you today, you will find making Leche Flan recipe very easy. But first let me teach you how to prepare a caramel. Since Leche Flan will not be a complete dessert without putting a soft caramel on top. In here I will teach you three different ways on how to turn your sugar into caramel: Wet Method, Dry Method and the method that uses a Microwave. 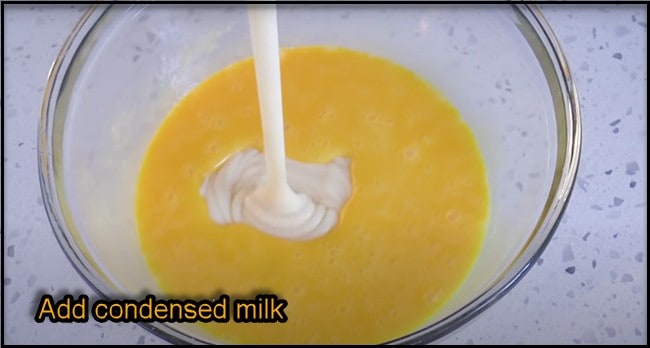 Add in evaporated milk to the bowl with condensed milk and egg yolks. 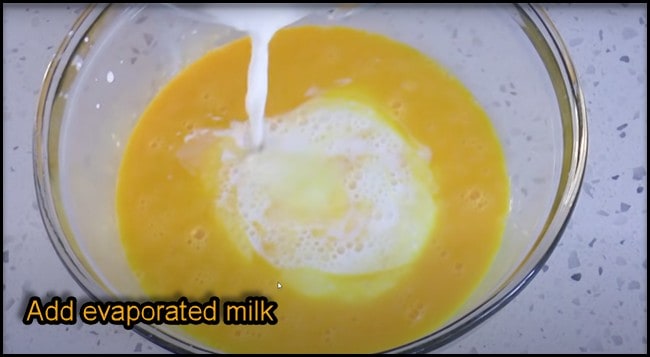 Add 1 teaspoon Vanilla Extract for added flavor. Once all ingredients are added into the bowl, stir to mix ingredients well then set aside. 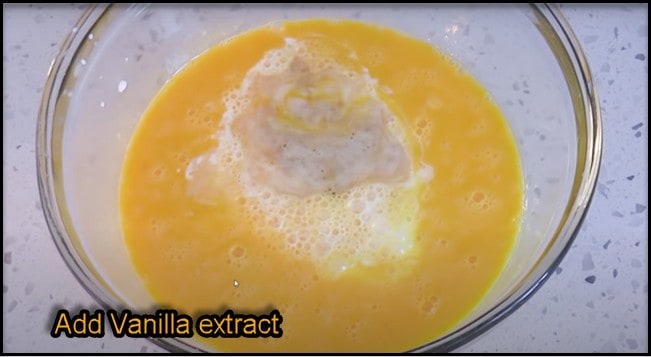 Now to make a Caramel, pour Sugar to Llanera

Using an oblong Llanera or any baking pan, pour in 3 tablespoons of granulated sugar on each Llanera. 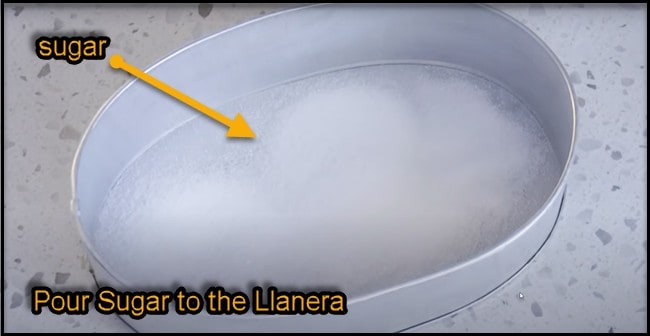 Over a low to medium heat, place LLanera over the stove top. 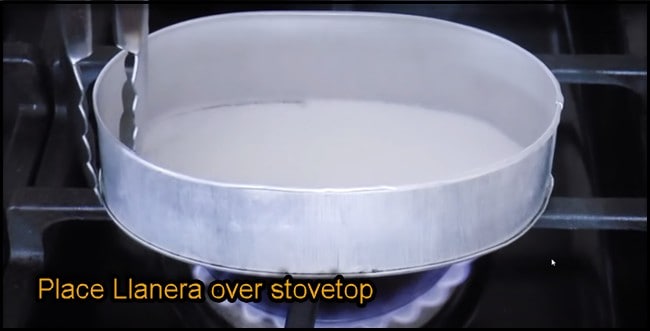 Allow it to melt

Wait for sugar to completely melt and changes its color to honey gold. Remove from stove top and allow to cool down. 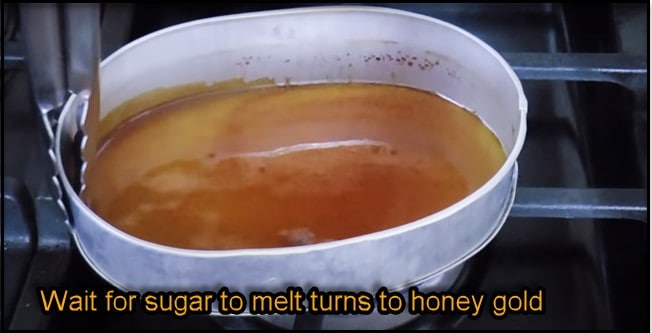 Once caramel has cooled down, add in bowl mixture to the Llanera. 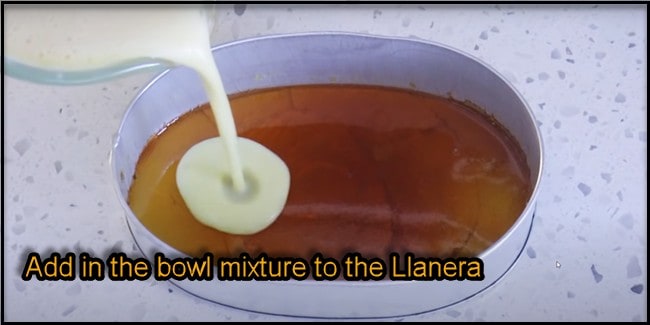 Cover the mixture with Tin Foil

To prepare the mixture for steaming, cover it with Tin foil. 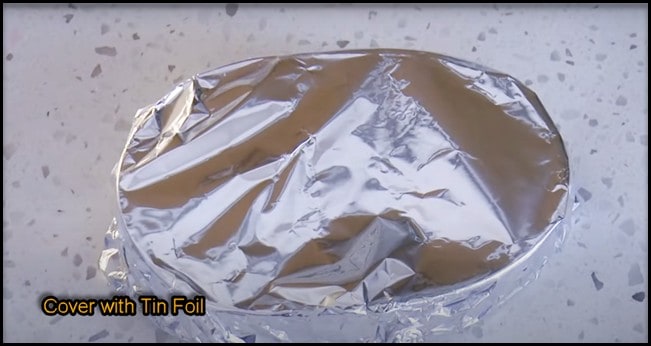 For a total time of 30-45 minutes, steam Llanera to cook Leche Flan. 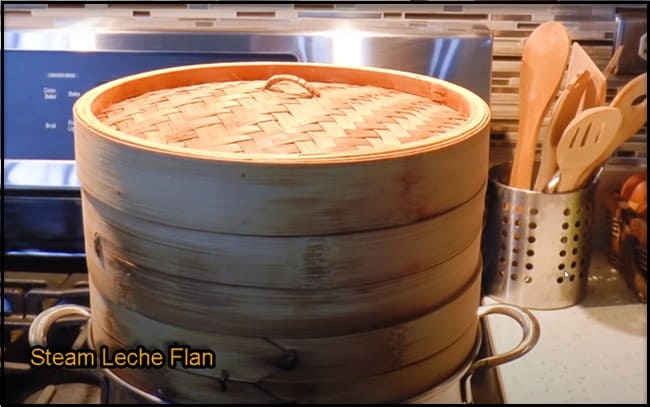 Once Leche Flan has cooled down, remove from the steamer and transfer to a serving plate. Enjoy eating Leche Flan. 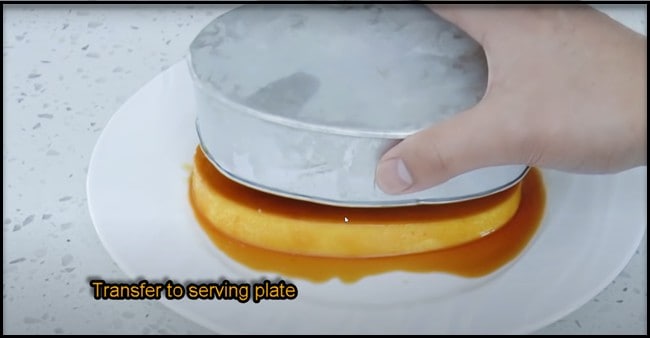 Try this Leche Flan Recipe and let me know what you think. If you have other versions of making leche flan, let us know so that we can also share it here.

Interested in other recipe? Feel free to comment below. Also, let me know your experience along the way. I look forward to hearing from you.