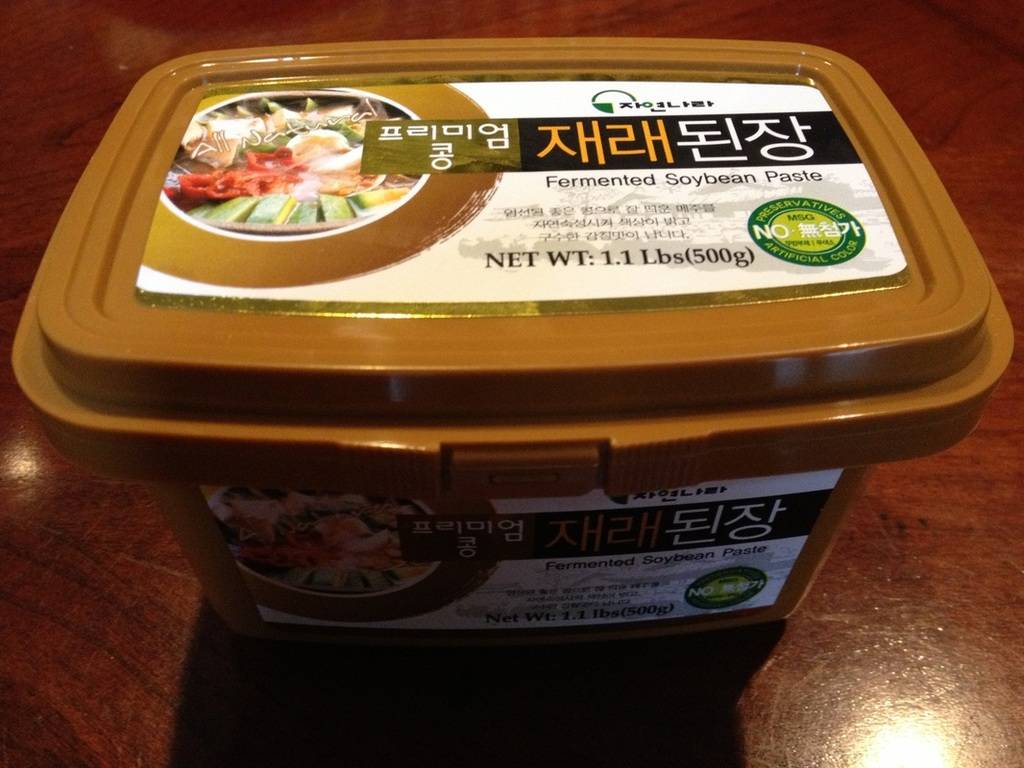 Doenjang or soy bean paste is a type of fermented bean paste made entirely of soybean and brine. It is also a byproduct of soup soy sauce production.

Doenjang is pronounced “dwen-jong”. It is very salty, and it is used in doenjang guk (doenjang soup) and doenjang jjigae (doenjang stew). It is often labeled “miso”. However, it is not miso. Miso and doenjang are both made by fermenting soybeans, but miso has a very different taste. 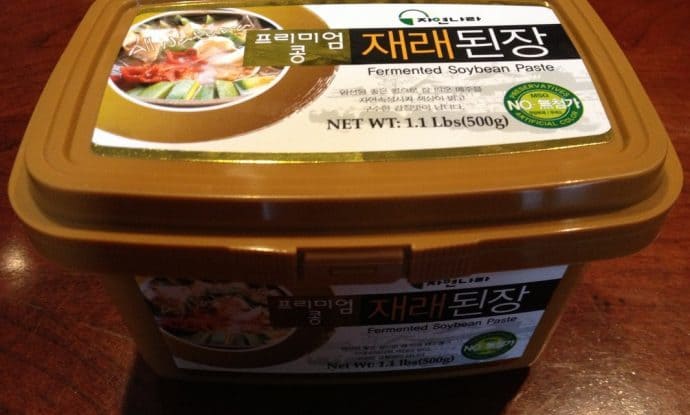 Doenjang or soybean paste is a type of fermented bean paste made entirely of soybean and brine. It is also a byproduct of soup soy sauce production.

Soybean paste (“Doenjang”) is one of the most popular Korean traditional fermented seasoning ingredients along with red chili paste (“Gochujang”). Since it is mainly composed of soybeans, it has been a great source of protein for Koreans, especially in ancient times.

Now known as a great anti-cancer food, its quality has been recognized worldwide. Soybean paste is usually used as the main seasoning ingredients for soup, stew and “Ssamjang”(dipping sauce for lettuce wrap), but also can be used to season blanched vegetables such as spinach. However, it is not recommended to consume too much as it has a high sodium content.