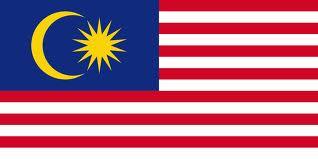 Malaysia is located in the heart of Southeast Asia, slightly north of the Equator. Consisting of 127,000 sq. miles (330,200 sq. km), Malaysia is divided into two main regions: Peninsular Malaysia, which lies just south of Thailand, and East Malaysia, which can be found north of Indonesia on the island of Borneo. These two regions are divided into thirteen states and federal territories. Although East Malaysia occupies the larger portion of Malaysia’s total area, it is primarily comprised of undeveloped land and jungles. Approximately 80% of the nation’s total population occupies the main peninsula.

The terrain is certain to remain etched in the memories of all visitors for life. It is extremely diverse and consists of some of the world’s finest coral reefs, vast stretches of white sandy beaches, green hills, towering mountains, limestone formations, networks of white-water rivers perfect for rafting, lakes and vast expanses of jungle and tropical rain forest.

The territories that comprise of Malaysia were British protectorates in the 1920s. Malaysian nationalism reached its peak during the 1930s and again in the Post-World War II Era, culminating in the formation of the Federation of Malaya in 1957, which became Malaysia in 1963.

Malaysia enjoys a tropical climate with plenty of sunshine throughout the year. Temperatures typically range from 70 to 90ºF (22 to 33ºC) and cooler in the highlands. With the occurrence of the annual southwest (April to October) and northeast (October to February) monsoons, the average rate of annual rainfall is high: 100 inches (250cm). Much of the rainfall is concentrated in the late afternoons. Humidity is high throughout the year.

Malaysia has a combined population of over 18 million people. Because of its central location, between the Indian Ocean and the South China Sea, Malaysia has traditionally been a meeting point for traders and travelers from both the East and West. As a result, Malaysia has a multicultural and multiracial population consisting of Malays, Chinese, Indians and numerous indigenous peoples. Although Malay is the official language, English is widely spoken, especially in business, and the English language is a compulsory subject in all schools. With such a varying ethnic composition, it is no surprise that a great diversity of religions is prevalent throughout Malaysia. Although the official religion is Islam, freedom of worship is practiced. As a result, it is a common to see temples, mosques and churches within the same area.

General:
Everyday etiquette is relaxed and straightforward. Visitors behaving courteously are unlikely to unintentionally give offense.

Seniority is greatly respected within Malay households. The eldest male of a family should be greeted first and frequently sits in the best or highest seat.

Pointing with a finger is considered to be extremely rude. Instead, the entire hand should be used to indicate a direction, but not a person.

Although no host will insist upon it, it is polite to remove one’s shoes at the door of a house upon entering. It is also customary to do so upon entering a mosque or an Indian temple.

Comfortable and informal clothing is suitable during the day and recommended all year round because of the tropical climate. However, as Malaysia is a predominantly Muslim country, conservative dress is most appropriate. Women should not wear dresses, skirts or shorts that are too short. In cities, towns and villages, shorts are considered highly inappropriate. Do not dress in any manner that may give the impression that you are a “hippie,” as “hippies” are banned from the country.

For formal occasions or evening wear, formal attire is expected. Men should wear a suit and tie or a long-sleeved batik shirt. Evening dresses or cocktail dresses are recommended for women.

Business:
Malaysians tend to be late for appointments yet expect others to be on time. Your contact will meet you at your hotel or at his or her office.

Meetings are often held during lunch or dinner.

A firm handshake and a “hello” are suitable as a greeting. Muslims bring their hand to their chest after shaking hands, and you should follow suit.

Business cards are always exchanged and should be both given and received with both hands at all times. Study the card for a few moments before placing it in your pocket.

A suit and tie is suitable business attire for men, with the jacket removed on warmer days. Long-sleeved batik shirts are always acceptable. For women, a suit or blouse and skirt are best for daytime appointments.

The many cultures and religions of Malaysia may make giving a suitable gift a complicated issue. Never give liquor to a Muslim (alcoholic beverages are forbidden in the Muslim religion), or clocks, watches, knives or white flowers to a Chinese person (white flowers are associated with death in Chinese culture, and so are clocks, knives and watches – the word for time and death sound similar). A pen or a similar object having a company logo is probably the safest kind of gift.

Flag: Fourteen equal horizontal stripes of red (top) alternating with white (bottom); there is a blue rectangle in the upper hoist-side corner bearing a yellow crescent and a yellow fourteen-pointed star; the crescent and star are traditional symbols of Islam; the design was based on the U.S. flag.

Shop Hours: Department stores and supermarkets are usually open from 10am to 10pm and shops from 9:30am to 7pm. In Kuala Lumpur, as well as in most major towns, there are several 24-hour stores.

In addition, many moveable feasts are observed, depending on the Christian, Muslim, Buddhist or Hindu calendar.

Note: If a holiday falls on a weekend or Friday, the following day becomes a holiday.

Tipping:
Tipping is usually not necessary, unless service is excellent. Most hotels and large restaurants automatically add a 10% service charge in addition to the 5% government tax to the bill (indicated by a ++ sign on menus and rate cards).

Porters: Tip porters about M$1 per bag. Any tip less than 50 sen would be considered insulting.

Taxis: Most taxis are fitted with meters, but these are used only in major towns such as Kuala Lumpur, Johor Bahru and Ipoh. Taxi rates are currently M$1 for the first kilometer (.62mi) and 30 sen for each subsequent half kilometer (.31mi). A 20-30% air-conditioning charge is added to the fare and is not optional. Malaysians usually tip drivers with their coin change. To acknowledge excellent service, 10% is greatly appreciated but not expected. When traveling early in the morning or late at night, drivers prefer to fix a price for the destination. Negotiating is advisable.

Visitors must be in possession of a current passport or other internationally recognized travel document. They must be endorsed for traveling to Malaysia and have a period of validity of at least six months beyond the time of stay allowed in Malaysia. No visas are required for citizens of British Commonwealth countries (except India), British Protected persons, and citizens of the Republic of Ireland, Liechtenstein, the Netherlands, San Marino, Switzerland and the United States (for social, business or academic purposes only). No visas are required for stays not exceeding three months for citizens of: Austria, Belgium, Denmark, Finland, Iceland, Italy, Japan, Luxemburg, Norway, South Korea, Sweden, Tunesia, U.S.A. , France and Germany (except for local employment).

Upon departure, an airport tax is collected. For domestic flights, the tax is M$3, for flights to Brunei and Singapore, M$5, for international flights, M$15.

Duty-Free Items: Items such as cameras, watches, pens, portable radio-cassette players, perfume, cosmetics and lighters are duty-free in Malaysia. Visitors bringing in dutiable goods may have to pay a deposit for temporary importation, refundable on departure – usually 50% of the value (carry receipt of purchase and obtain an official receipt for any tax or deposit paid).

9. TRAVEL TO THE COUNTRY

10. TRAVEL WITHIN THE COUNTRY

Airlines:
Malaysia Airlines flies to 35 towns and cities in Malaysia. Domestic flights are relatively inexpensive and often fully booked. Confirm reservations at least a day in advance. The Discover Malaysia Pass is offered by the airline. This enables international visitors to travel on domestic routes for about half the normal fare.

Cars: It is advisable to obtain an international driver’s license in addition to a valid permit from home. Laws regarding seat belts are stringent. They are required for drivers and front seat passengers. Driving is on the left side of the road.

Buses:
Bus services are both extensive and inexpensive, but frequently are not air-conditioned. Local buses are often slow, noisy and full.

Feri Malaysia offers cruises on the ship “Muhibah” from Port Klang and Kuantan to the eastern states. The Muhibah is equipped with air-conditioned cabins and suites, restaurants, a cinema, a disco, a gym and a swimming pool. Feri Malaysia also offers a regular ferry service to various outlying islands.

Because vast tropical rain forests cover Malaysia, camping is available in numerous areas throughout the country. From the seemingly endless shorelines, to the mostly unexplored islands off the coast, to the highlands and countryside, campers from all places are certain to find suitable and enjoyable sites. It is advisable for campers to inform the nearest police station of their whereabouts, and in certain areas, permission must be obtained from the Forestry Department before campers are allowed to set up camp. As the Malaysian rain forests are usually wet, due to substantial rainfall, it is recommended to bring waterproof equipment to protect your belongings. Guides are available for the adventurous campers who wish to explore beyond the trails of civilization.

Some commercial organizations devoted to camping are:

Because Malaysia is a country of diverse cultures and traditions, it is not surprising that its cuisine is just as varied. As one might expect, each state has its own specialized dishes as well as different means of preparation and variations in taste. Generally, the Indians and Malays use spices liberally in their food. The Chinese, on the other hand, are more subtle, while the Peranakan have developed their own style of cooking. Even the Eurasions, although small in number, have perfected their own blend of Eastern- and Western-style cooking.

“Authentic” Malay food is not as widely available in Malaysian restaurants as Chinese style or American fast food. Restaurants in large hotels offer international cuisine from such countries as Japan, Korea, France and Italy. Street food is widely available throughout Malaysia.

Alcohol is fairly expensive in Malaysia. Muslims are forbidden to drink alcohol, so it may be necessary to head to the hotels or Chinese liquor stores for beverages. Wine, although expensive, even by the glass, may not have a good flavor, due to the tropical heat. Beer is fairly common, yet is often served unchilled. Prices and varieties range from state to state, but Anchor Draught is most likely the cheapest, at M$3.90 for a small bottle (M$5.50 for a large bottle). Tiger and Guinness Stout are also among the most popular and least expensive beers. Carlsburg, Heineken and Tsing Tao (Chinese lager) are also available at a higher cost.

At dusk, a new facet of Malaysia reveals itself. Hotel lounges and clubs, frequently found within the larger hotels, are active at night. Although somewhat expensive, these clubs usually have entertainment on a nightly basis, excluding Sunday. Performances and styles range from jazz, to piano/singer acts, to popular music and singers.

Pubs and bars can also be found. Locating these may require some effort, even for taxi drivers, as the pubs and bars are usually situated in the suburbs. Major hotels also have pubs, but these are more expensive than their suburban counterparts. Music, often live, is played on a nightly basis. Pubs close around 11pm, however, so late-night action seekers must look elsewhere. Discos begin to warm up just as the pubs start closing their doors. Discos often stay open until 2am. Some have live bands and light shows but often require cover charges or drink minimums. Consult with the locals for the current hot spots. Nightclubs and cabarets, or “kelab malam” as the locals call them, offer Fifties-style atmosphere, often with variety acts, floor shows and bands.