According to one estimate, there are more than 300 recognized dog breeds in the world. So, it is interesting to see what dog breeds are unique to Japan. If you are interested in learning more about the different types of Japanese dog breeds, then you came to the right place.

Read on and discover the cute, amazing, and interesting dogs Japan has contributed to the world!

Just a quick definition of terms for those who are not familiar with the Japanese language. “Inu” and “ken” are two Japanese words that refer to dogs.

Shiba Inu has become one of the most popular dog breeds in this digital age. You probably have seen how this dog became a meme and even an icon for a particular cryptocurrency.

The most noticeable physical feature of Shiba Inu is its squinty eyes, prick ears, rich coat, and curly tail. As you can just imagine, Shiba Inu is like a stuffed toy you can hug all the time.

What to love about the Shiba Inu:

What not to love about the Shiba Inu:

If you’re going to describe the Japanese dog breed Akita Inu in just one word, it would be “adorable.” With its soft and cuddly fur and cute face, anyone would surely fall in love with this dog.

Akita Inu has not always been the companion dog that we know today. For the most part of its existence, it has been used for hunting wild boars in Japan because of its strong, agile, and fairly large body. During the Edo period, these hunting dogs became fighting dogs and this continued until the Taisho era.

Now, did you know that the Akita Inu dog became suddenly popular in 1932? It is because of Hachiko, a dog whose breed belongs to Akita Inu. You probably have heard about Hachiko or even watched movies about him.

Hachiko was the Akita dog who faithfully waited for his owner in front of the Shibuya Station. Sadly, his owner has died and Hachiko was actually waiting in vain. However, his story has become so popular that a statue was made in his honor. The statue has become one of Tokyo’s popular tourist destinations.

What to love about the Akita Inu:

What not to love about the Akita Inu:

Kishu Ken or Kishu Inu is an ancient dog breed that has long populated the island of Japan. Like other dogs, it was used as a hunting dog. Today, some Japanese people have still maintained the tradition of using Kishu for hunting, but most people now would prefer to have Kishu as a family dog.

Kishu isn’t a dog for everyone, though. Because of its natural hunting instinct, you would need to be a firm and disciplined owner to properly handle this dog breed. Once you get the heart of this dog, it’s a great family dog that will protect and alert you of potential dangers.

What to love about the Kishu Ken:

What not to love about the Kishu Ken:

Also known as Seta, Ainu-ken, Do-ken, and Ainu dog, the Hokkaido dog is native to the Hokkaido prefecture of Japan. It is best identified through its triangular, upright ears and small eyes that seem to be always squinting.

Though Hokkaido dogs have soft fur and a short coat, they can survive cold temperatures. Because of its ability to withstand cold, coupled with its natural bravery and fidelity, it was used in 1902 to search for survivors of an Army expedition caught in a snowstorm in the Hakkoda Mountains.

While the Hokkaido dog comes with a natural prey drive, it is intelligent at the same time. Thus, they can easily be trained. Don’t be surprised if your Do-ken would howl when it is happy or excited.

What to love about the Hokkaido Inu:

What not to love about the Hokkaido Inu:

The name Kai Ken came from the place where this dog was first found — the mountains of Kai. This place is near Mt. Fuji. Kai Ken is also known as the tiger dog, Tora Inu and Kai Uni. According to researchers, Kai Ken is the oldest and purest breed in Japan. Because of their dwindling population, advocates work hard to increase their number.

Kai Ken is no doubt an affectionate and loyal dog. While a lot of families have successfully lived with Kai Ken, it can sometimes be difficult to handle especially when it is forced to live a sedentary lifestyle. It regularly needs exercise to expel its excess energy.

In 1934, because of the historical value of Kai Ken, the Japanese government declared this dog breed as a Living Natural Monument of the country. Today, the Japanese dog preservation society and other kennel club institutions work hard to replesh Kai Ken’s population.

What to love about Kai Ken:

What not to love about Kai Ken:

The Shikoku dog was first domesticated by the Japanese hunters known as the Matagi starting in the 1700s. Sometimes, the Shikoku dogs are called Mikawa Inu or wolf dogs because of their wolf-like appearance. Shikoku dogs are ancient breeds and even in Japan, they become rarer with each passing decade.

Like other dogs, Shikoku dogs are super loyal to their humans. They also come with calm and reserved personalities. You may need to train this dog early on. Without proper training, they can be aggressive toward strangers and other dogs. Shikoku loves to show affection by snuggles, head boops and staying beside their humans.

What to love about Shikoku:

What not to love about Shikoku:

Spitz is a term that refers to a small dog with a pointed nose or muzzle. So, with Japanese Spitz, you’ll get a small dog that looks like the white Pomeranians, American Eskimo Dogs, and small Samoyeds. Japanese Spitz is even more similar to German Spitz. While the similarity is striking, Japanese Spitz has a different lineage and thus, it is a completely different breed from others.

Some Japanese Spitz may have the “small dog syndrome.” It is when a small dog becomes more aggressive as they try to compensate for their small size. Thus, you must try your best to train this dog to become calmer and seek professional help if needed.

What to love about Japanese Spitz:

The most peculiar trademark of the Japanese terrier is its unique head color. You will see how its whole body is colored white and only its head has a dark color. It is as if this dog has just dunked its head into a can of black or gray paint.

Also known as the Nippon Terrier, this highly intelligent, short-haired, slim, and small dog originated in Japan. According to animal historians, the Japanese terrier came about when fox terriers were brought to the Land of the Rising Sun in the 1600s. These fox terriers were then bred with small native dogs with pointy ears.

The breed underwent a few more changes and by the 1930s, the Japanese terriers became a unique breed that eventually became more and more popular across major cities in Japan.

Tosa Inu or Tosa Ken is commonly referred to as the Japanese Mastiff and for good reason. This dog is a big, powerful, and massive dog. However, it has a quiet, calm, and obedient nature.

As a mastiff, the Tosa Ken is used in Japan as a fighting dog, where it is still legal. However, Tosa has increasingly become more of a companion, watchdog, and guard dog. Because they can be alert and sensitive to noise, they serve as a great pet that will not only love you but will also protect you from danger.

Remember, tosas are used as fighting dogs. So, be sure to train and socialize them properly with other dogs. When tosas see stray dogs or animals smaller than them, they may attack and even kill them.

What to love about Tosa Inu:

What not to love about Tosa Inu:

Is Japanese Chin a Japanese dog?

The Japanese Chin is among the cutest and most in-demand toy dogs around the world. With its adorable gaze, soft, fluffy fur, and playful black and white color, it is a great lap dog and companion dog for many people.

No matter where this dog came from, it is almost certain that it didn’t originate in Japan. However, because it became popular first in Japan, it eventually got its name, Japanese Chin.

If ever you decide to get a Japanese dog, be sure that you have the right products to take care of them. You see, dogs can be independent and they don’t need much attention. However, you need the right dog care products if you wish to enjoy their company even more.

Here are some of the products you should have: 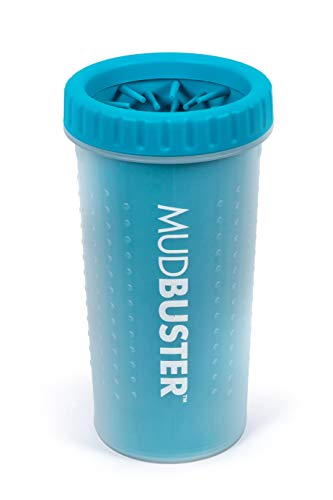 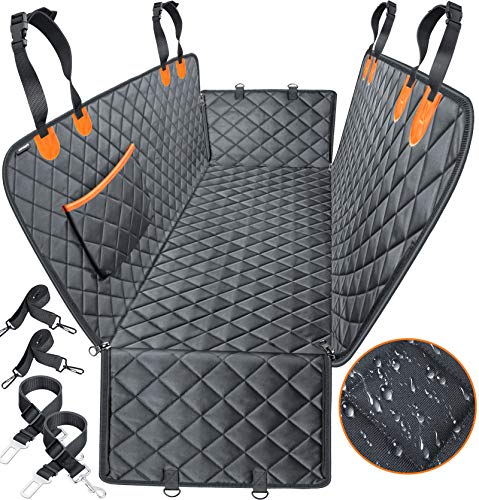 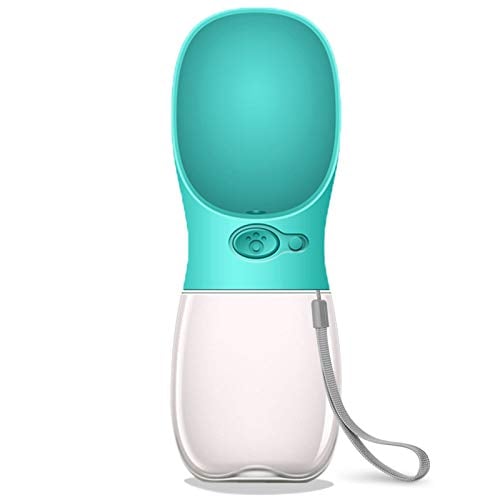 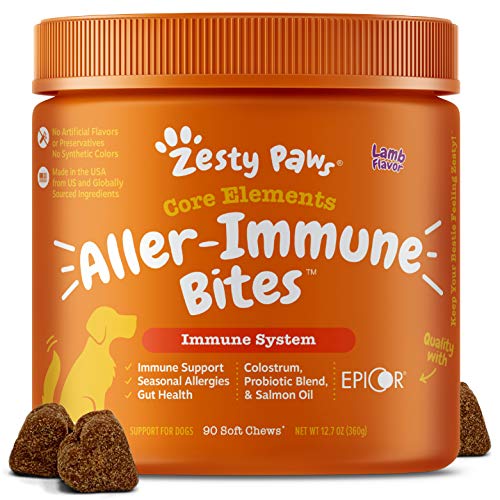 A quick overview of Japanese dogs

The Japanese word for “dog” can either be inu or ken. However, inu is more commonly used.

In Japan, there are only six dogs that are nationally recognized as true and genuine Japanese breeds. These are the Shiba Inu, Akita, Hokkaido, Kai, Shikoku, and Kisho.

Except for the Kai Ken, you will see all these dogs to be strikingly similar, which makes it more evident that they truly originate in one place. The Kai Ken is especially different because, for many centuries, they have been isolated. Thus, they are considered to be the purest breed among the six.

Aside from the six recognized native dogs, there are also other Japanese dog breeds and we have discussed them above.

Before you choose native Japanese dog breeds that you would like to be a companion, be sure to read about what people say about them, their characteristics, and temperament.

Remember that every dog breed is different. Don’t ever commit the mistake of thinking they are the same. Some people adopt dogs based on their initial impulse and sadly abandon the dog later on after they realize they don’t like its personality.

If you need help in choosing a pet, be sure to get in touch with a professional who can guide you through your decision. You can also visit the Japan Kennel Club or American Kennel Club for more details about the Japanese indigenous dog breeds you’re interested in.