Listed below are the best taco bell sauces and we have also included links of each type of sauce that you can find online. 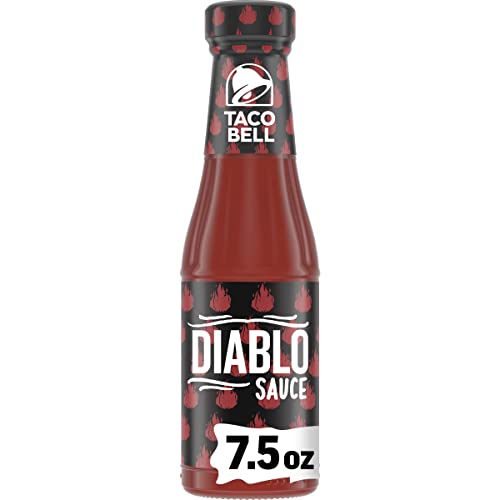 Diablo sauce is by far the most hottest sauce in Taco Bell. If you are the type that can handle extreme heat on your taco, this type of taco bell will suit you best. If you are familiar with Tabasco or Frank’s red hot, Taco Bell’s Diablo sauce is the version of these hot sauce variety.

Diablo is loaded with different varieties of peppers such as chipotle, chili and Aji Panca.

Taco Bell’s Diablo sauce first started way back May 5, 2015. The release of the sauce was actually for a limited time only only, but customers loved the sauce and how it turned up the heat of their tacos that is why Taco bell decided to include Diablo sauce as part of taco bell’s menu items.

Taco Bell’s Fire sauce is the second hottest sauce in Taco Bell, next to Diablo sauce. A tool called Scoville scale that measure how pungent and how spicy a hot pepper is. It basically measures the amount of Capsaicin in a hot pepper and a number rating will be assigned on the level of spiciness. With Fire sauce, its Scoville rating is a whooping 500. It means that it is very hot, though there are other hot pepper rating that goes up to as high as 1000 which is the Cholula.

Aside from being the hottest sauce in Taco Bell, Fire sauce is also considered to be one of the most well known sauce all over the world that is made of tomato paste since most of the hot and spicy sauces are made of ingredients such as vinegar and pepper. 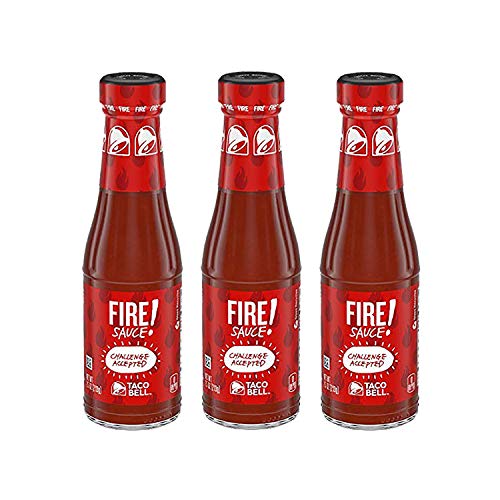 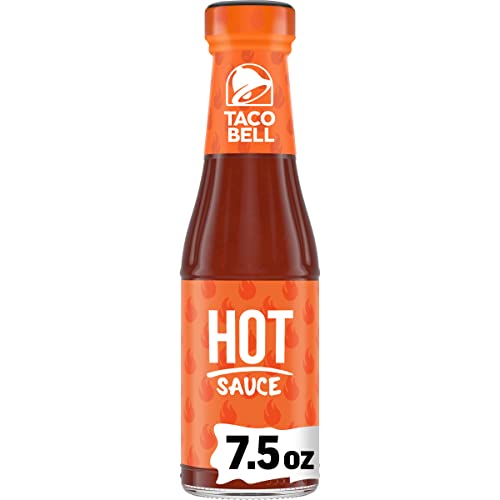 While Diablo and Fire sauce is loaded with hotness that you can’t tolerate, you can try Taco Bell’s hot sauce instead.

Taco Bell has another heat sauce called Hot Sauce that wherein the heat is manageable. It is a spicy sauce but no too much spicy. Although more spicy than a regular mild hot sauce. 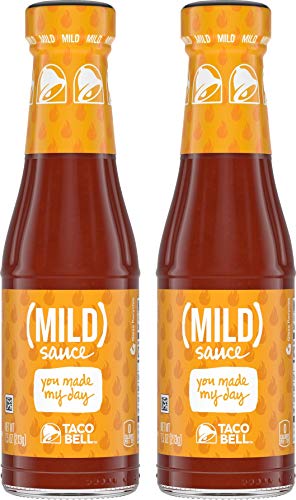 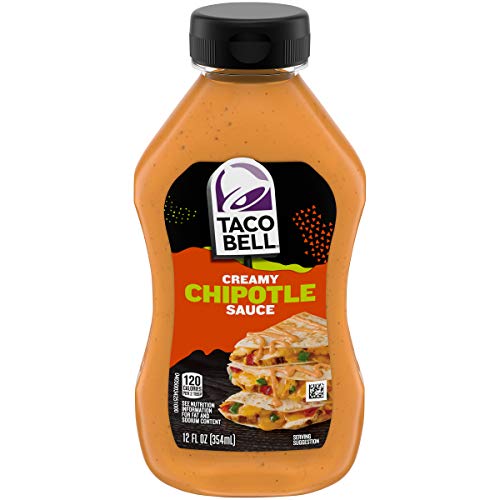 The ingredients used to make Taco Bell’s creamy Jalapeno sauce are of course Jalapeno peppers are its main ingredient, egg yolk, buttermilk and chili powder. Since it is a creamy sauce, the color of the sauce is most likely be Tan.

If you are familiar with the Chipotle sauce, it is similar with Creamy Jalapeno sauce. But the difference between the two is that the Jalapeno sauce is chunky and with brown and green color that comes from its main ingredient, Jalapeno peppers.

Taco Bell’s Red Enchilada Sauce is not only used in Tacos but a sauce also used in burritos and tacos as well. 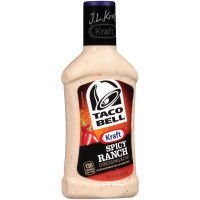 Spicy ranch is another taco bell sauce that is one of the recommended sauce to pair it with hot wings. Although the name of the sauce is spicy, it does not necessarily mean that it is hot and spicy, but rather the heat of this type of sauce is tapered down.

Ingredients used to make Taco Bell Spicy ranch includes water, soybean oil. sugar, salt, buttermilk and egg yolks. It appears to be light yellow in color and a little bit creamy. You can also see spices on the sauce as well.

Taco Bell’s Chipotle sauce is one of the taco bell’s sauces that is the crowd’s favorite. It can be paired with any menu items in Taco Bell.

The Chipotle sauce is creamy and a bit spicy. It is the main sauce that is used with Quesarito, a burrito wrapped in Quesadilla. Other menu items in taco bell that can best paired with Chipotle sauce includes Tacos and Burritos. 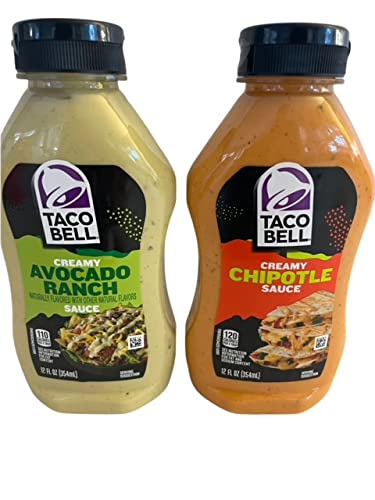 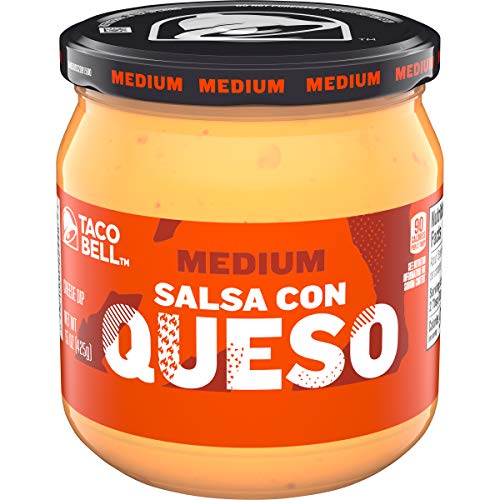 This Nacho Cheese may seem like it is made of melted shredded cheese but it is actually a product that is made from whey, non fat milk, cellulose gum and vegetable oil.

When Taco Bell started operating as a fast food chain, they only had three sauces available. But at present, they already have many sauce options that customers can choose from. Whether you are the type that loves a hint of spiciness on your taco or just wants a mild flavor, there are a lot of sauce options in Taco Bell.

The next time you visit Taco Bell, try the different varieties of Taco Bell sauces mentioned in this article and let us know which one is your favorite.