Pepperoni is one of the most popular toppings for pizza but aside from that pepperoni can also be used in other dishes such as pasta salad, as stuffing and a lot more. There are different types of pepperoni and we have gathered a list of the various pepperoni types and we will discussed it in this article.

The different types of pepperoni are grouped in categories: how it is prepared, type of meat used, ingredients used and grouped according to culture.

Cubed or Diced pepperoni can be used in numerous ways such as adding it to salads, toppings for pizza or can even add to your eggs for Breakfast.

Stick Pepperoni actually has two types: the type that you can make on your own and snack on a stick type where you can purchase

The second type of stick pepperoni shorter and thinner. These are handy pepperoni sticks that you can easily eat anytime anywhere. 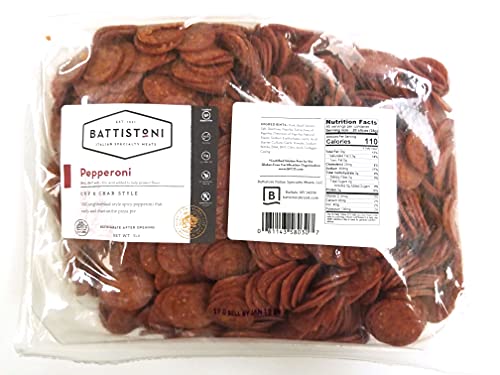 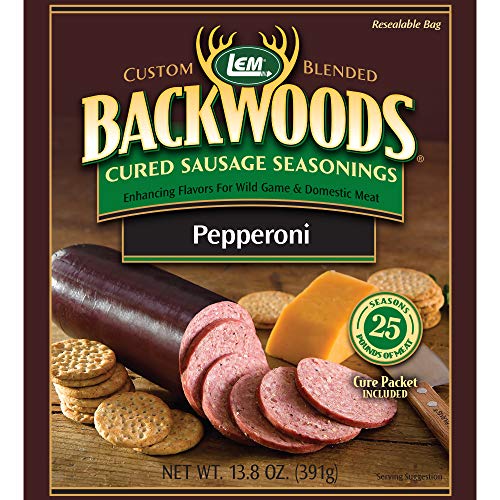 Flat laid Pepperoni is the kind of Pepperoni preparation that is commonly seen as toppings on pizza.

Pepperoni according to the type of meat used

Pork is the most common type of meat used as Pepperoni but did you know that there are also other types of meat that are made into Pepperoni. 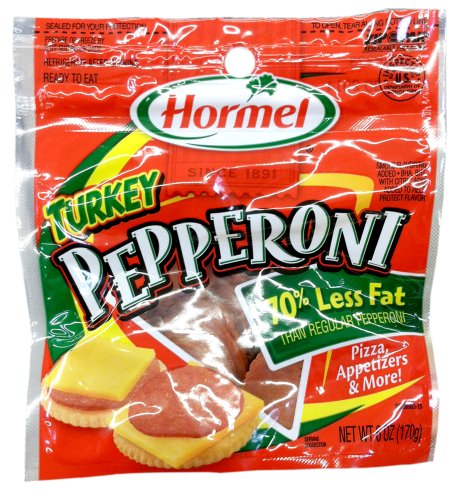 Under the US labeling laws, it is not allowed to combine turkey with other meat. This means that it should the only animal product used on the food. Furthermore, it means that pork should not be used to make a turkey pepperoni dish.

Turkey pepperoni is the pepperoni of choice for individuals who wants to decrease their calories and fat as compared to consuming the traditional and standard pork pepperoni and beef pepperoni. 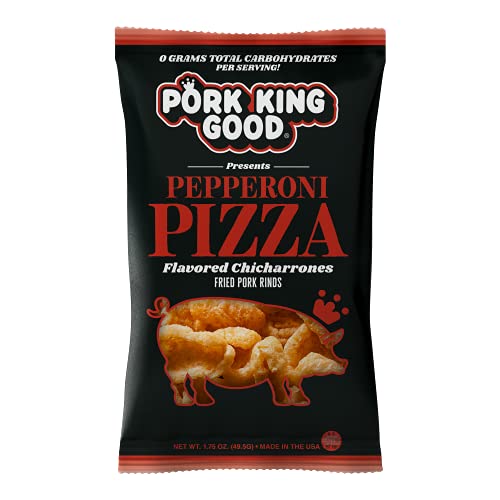 Similar to Beef pepperoni, Pork pepperoni is another popular types of pepperoni. Although most of the time, pork and beef pepperoni goes together or simply the dish is a combination of both. 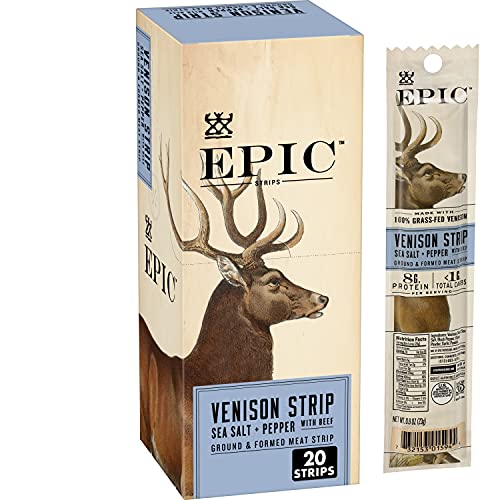 Venison Pepperoni is another types of pepperoni made from deer meat. It has good source of protein and definitely contains all the essential amino acids needed for our body. As compared to other red meat, deer meat is low in saturated fats.

Although if you are not used to it, you may find the taste of Venison pepperoni slightly different from other types of pepperoni but if you consume more you’ll probably get used to it in no time.

Pepperoni According to Culture 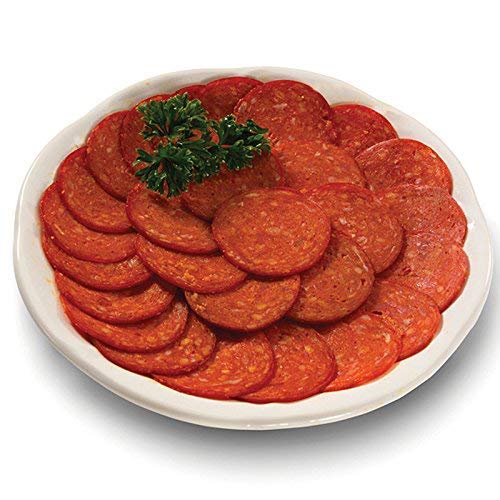 As mentioned earlier, Muslims and Jews who do not consume pork as part of their religious ritual may opt to choose Halal Pepperoni instead. It is actually a pepperoni made of Beef.

Kosher pepperoni should only contain beef because it is not religiously acceptable in Kosher households (Jewish). In addition, the preparation of Kosher pepperoni should adhere to Kosher guidelines and that includes washing the beef meat thoroughly making sure that there are not traces of blood left. Aside from that, the utensils and cooking space should be sanitized as well.

Kosher Pepperoni and dairy should not be consumed at the same time. Thereby, when it comes to pepperoni pizza, it can either be pepperoni pizza on cheese mixed with vegetables or a plant-based substitute of pepperoni is used.

Pepperoni according to ingredients used

There are instances wherein some individuals are on a diet restrictions. This means that some cannot tolerate or not advised to consume pepperoni that have high fat content or others just prefer to have a healthier lifestyle, less fat and calories in the diet. Over the years, there are not several pepperoni types that can accommodate diet conscious individuals. 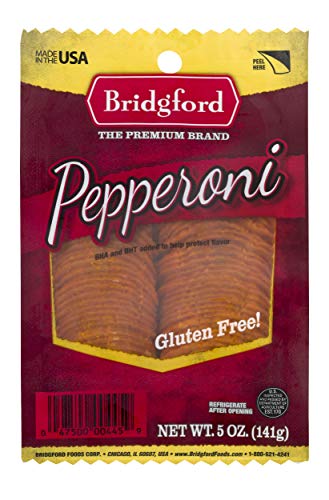 If you are a vegan or vegetarian it does not mean that you need to give up tasting and eating pepperoni. There is a plant-based vegetarian pepperoni as an alternative to meat pepperoni.

Since Pepperoni is made from cured meat, it typically contains sodium and saturated fats. The average amount of sodium per ounce of serving is about 463 mg. Although sodium is needed for the body’s nerves and muscles, there are individuals who are on a sodium restricted diet, or need to watch their sodium intake not to worry as you can still enjoy eating pepperoni pizza but this time the pepperoni has lesser sodium content.

How is pepperoni made

Pepperoni is made by first mixing the meat (ground) with different spices such as garlic, pepper and mustard seed. salt is then added to the mixture to start the curing process. It is then placed in a container to seal it and placed inside the fridge for days.

After a few day, the meat is taken out from the fridge and stuff the mixture into casting and tie into links. It is then placed back into the fridge for 12 hours to shape the meat mixture. After 12 hours, the links are placed in a smoke chamber to further preserve the mixture for weeks.

Dried meat is then sliced and packed.

The old world version of a pepperoni uses a natural casing instead of a an artificial casing (used in American style pepperoni). This version is likely similar to Italian sausage wherein the color ranges from dark to bright red.

An artificial casing is used to put the meat mixture of pepperoni that will result to a straight pepperoni sticks.

When is eating Pepperoni considered too much?

Pepperoni has about 141 calories (per ounce) and about 85% of the calories are fat, this is according to the USDA. It is perfectly safe to consume pepperoni but make sure to eat only in moderation. Since the body also needs a right amount of fat that helps in vitamin absorption. This does not only apply to pepperoni but to all foods as well where too much of everything is harmful to our body.

How to Properly Store pepperoni?

For unopened (directly from the store) pepperoni, store inside the fridge still on its packaging and then just take it out when you will already be needing it. For opened pepperoni, make sure to use it within a week after it was opened.

But if at some point, there are still leftovers of pepperoni you can safely store it in the freezer. Make sure to place it inside an airtight container.

How can you tell if a pepperoni has gone bad?

You can tell if you already have a spoiled pepperoni because of the smell, it may smell sour and a pungent smell may also be noticeable.

Another way to tell is by looking at the pepperoni, wet and slimy to touch pepperoni is an indicator that the pepperoni has already gone bad and its time for you to discard the spoiled pepperoni.

Since pepperonis is a dry cured and fermented sausage, it is usually sold raw because there was no heating process that was involved. But, if you want the cooked version of pepperoni there are also available for purchase.