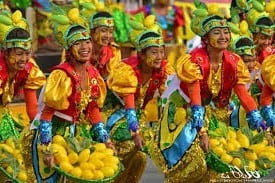 Filipinos highly value the presence of their families more than anything. Regardless of the liberal influence they have gotten from the west, the family remained the basic unit of their society. This trait clearly shows among Filipinos abroad who suffer homesickness and tough work just to support their families back home in the Philippines.

In a traditional Filipino family, the father is considered the head and the provider of the family while the mother takes responsibility of the domestic needs and in charge of the emotional growth and values formation of the children. They both perform different tasks and being remarked separately by the children. Children see their mothers soft and calm, while they regard their fathers as strong and the most eminent figure in the family. Because of this remarkable closeness, parents sometimes have difficulties letting go of their children and thus results to having them stay for as long as they want. For this somehow explains why grandparents are commonly seen living with their children in the Philippines. Unlike the way people grow old in the west where they are provided with outside homes and care giving, Filipino elderly enjoy their remaining lives inside their houses with their children and grandchildren looking after them.

Another trait Filipinos made themselves exceptional from others is their strong respect for elders. Children are taught from birth how to say “po” and “opo” to teach them as early as possible how to properly respect their elders. These words are used to show respect to people of older level. Even adults will be criticized for not using these words when speaking with their parents or people older than them. Inside the family, the parents are expected to receive the highest respect from the children along with the elder siblings; as they are given more responsibilities to look after younger siblings when parents are not around.

Children fighting back or addressing parents or elder siblings with arrogant tone are not at all tolerated. They are also not allowed to leave the house without their parents’ permission. Upon arriving home, conservative families expect children to practice the kissing of hands or placing their parents or elder family members’ hand to their foreheads with the words “mano po” as a sort of greeting.

Even after finishing school, Filipino children are not obliged to get out of their homes unless they want to. In fact, most of them keep their close relationship to their parents by staying at least before they get married. Leaving them happens only when they really have to, but usually, at least one child, depending on his willingness and financial capabilities, stay even after marriage to support and look after their aging parents.

More over, Filipinos keep close connection with other relatives. They recognize them from 2nd degree to the last they can identify. As Filipinos say, “not being able to know a relative is like turning their backs from where they come from.”